Paul Dedinsky was appointed by Governor Walker to serve as a Milwaukee County Circuit Court Judge in December 2018. With that announcement, Paul contacted New Sky after seeing our work online for a website that would communicate his credentials and give supporters an opportunity to get involved in his campaign in case someone were to step up and run against him in the next election. We built Paul’s website in Squarespace because the only advanced feature he needed was online donations and SEO wasn’t a concern. WordPress is more expensive on a monthly basis so if someone isn’t using or growing into those features, it’s not always a good investment. Paul really liked the results and was able to retain his position. 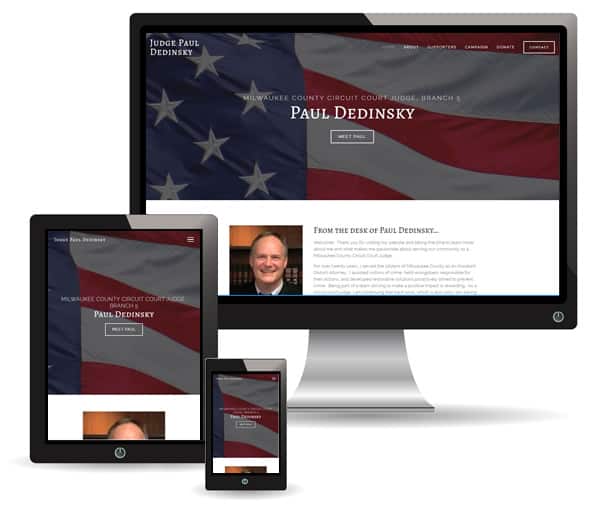