Barbara Dittrich was running for 38th Assembly in Wisconsin and needed a website put together quickly that allowed constituents to get to know and support her. She was referred to New Sky Websites and we got right to work putting together a site for her in Squarespace that was ready in just a few days. We built the site in Squarespace because WordPress-caliber features were not needed and the monthly fees with Squarespace are lower. The site included a volunteer sign up and online donations. It was a landing spot for supporters influenced by Barb’s hard work and passion that eventually led to her successful election! 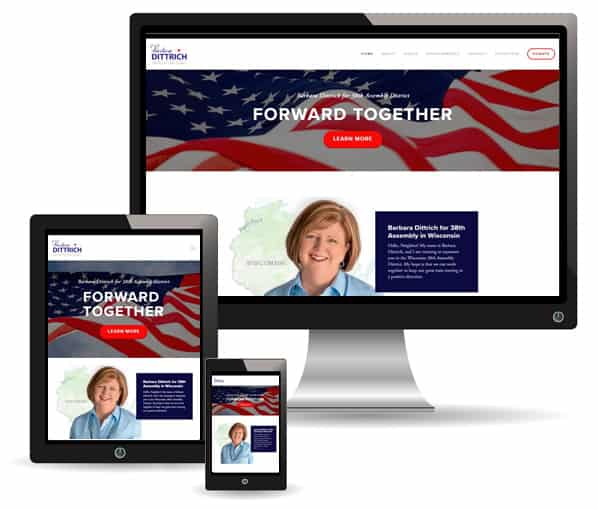